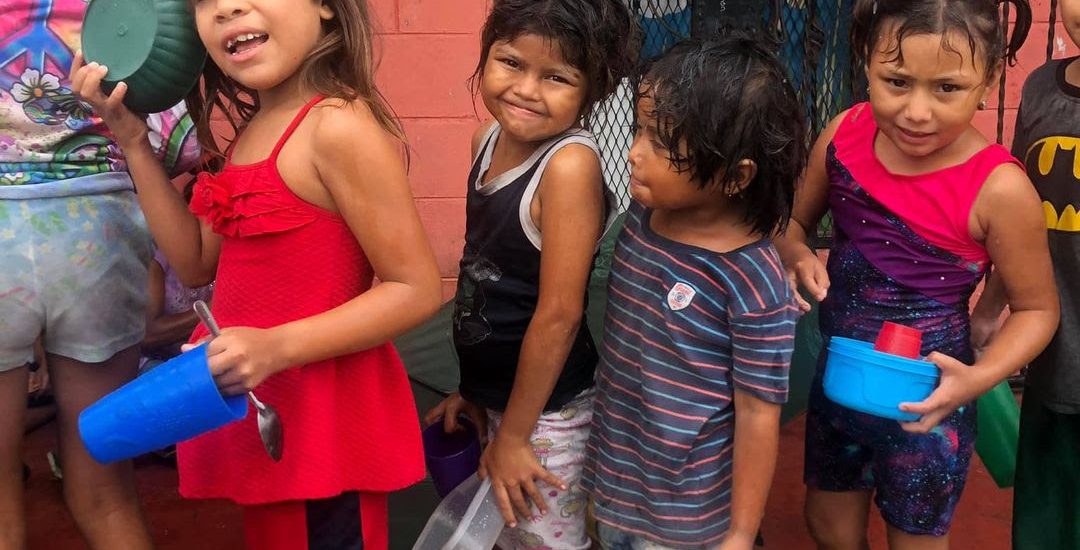 One of God’s attributes is that He doesn’t change. We as ‘Born Again Christians’ will want to reflect to others the One and True Living God through our own lives. In order o resemble God’s never changing attribute, we can’t be fickle.

People often ask us if we are still in Nicaragua.  My answer is ‘yes, of course, why wouldn’t we be? God is not fickle. He never repents of His calling; Romans 11:29. When asked what we’re doing now, we answer ‘exactly what we were doing when you asked us 10 years ago.’ Maybe we are move a little slower now because of age, but God’s calling has not changed.

I know it’s not as exciting as some people expect a missionary life to be, but this is the best way to demonstrate God’s love that I know of. Consistency, not changing, is the key. My human nature is to be a globe trotter. I love extreme traveling. The excitement, sometimes the danger is thrilling. The weirdness of learning and adapting to new cultures and their languages is always a blast and usually pretty funny. It keeps me happy, young and healthy. But that doesn’t show God’s faithfulness and steadfastness to those in my life to whom God has burdened me for. In my world, these guys in the dump need it most. My own temporary health, happiness and longevity have absolutely nothing to do with God’s calling on my life.

God wants me to be a loving father, a faithful husband (in sickness and in health) and His ambassador to the poor children in the ghettos of Nicaragua. For that reason He has me firmly planted here. I am not even called to all the poor children of Nicaragua. Only to a couple hundred here in my barrio and in the garbage dump (La Chureca).

We have been ministering to the same people for 30 years. Half of our staff we raised from babies. We can’t travel much. As a matter of fact, we only travel when there are no alternatives. Winnie and my calling is to show God’s consistent love to these specific children (many of which are now adults). I have buried some of them. I have married some of them. Some are now doctors and lawyers. I make calls to some of them in prisons unfortunately.  Some are on skid row. They all know where to find me when they’re in problems or need something. PureHeart helps other ministries and churches, such as Asma’s children’s ministry in Islambad Pakistan as well. By helping ministers of the Gospel like her to stay put, she can be ministering God’s love to the same children, day in, day out, 24/7/365 until they are grown up as well.

Did I ever tell you that kids don’t listen very well? Well, they don’t! Poochie, to whom I have been constantly ministering to for the past ten years, just asked me yesterday if I was an evangelical Christian. I almost tipped over! Haha!! ‘Yup! That’s me’, I said with a laugh, kind of. Winnie and I preach to him and the kids continuously. He’s said the sinner’s prayer with me countless of times. Words don’t work with kids. Especially abused kids. He asked me this unnerving question because he sees that I am trying to get a bicycle for him so he can make money by running errands. He’s just now finally getting old enough to get it. Kindness, concern, consistency, love, just being there = Jesus = Christianity. I have been there for him for every birthday, Christmas, the murder of his brother, emergency room and hospital visits, crutches, food, toys, sporting gear, wheelchairs, shoes, school uniforms and books, etc all his life. It’s all finally, just now, starting to register to him.

True conversions usually don’t magically happen during one VBS or a short term team visit. It happens when someone pours their lives into someone in the Mighty Name Of Jesus. VBS’s, evangelists, teams, etc help of course, but only if it’s around a stable missionary/pastor that is there. You can’t be that missionary/pastor by bouncing around all the time. Bouncing around is fun, and good, but it isn’t of God. At least not for us.

God wants us to put in an orphanage/old folks home. That doesn’t change just because it’s taking a while. All in His timing, and in His perfect plan. He wants it, we want it, the kids and old people really need it, so there!

God’s called us to stay put until He calls us home, or unless we are forcefully moved. We aren’t changing, except to grow into His image.

2 Cor 3:18 But we all, with open face beholding as in a glass the glory of the Lord, are changed into the same image from glory to glory, even as by the Spirit of the Lord.

Dean and Winnie Peters
Joyfully serving the ‘least of these’ in Managua Nicaragua
https://www.facebook.com/winnie.pureheart
www.whatistheloveofGod.com
www.PureHeartChildren.org