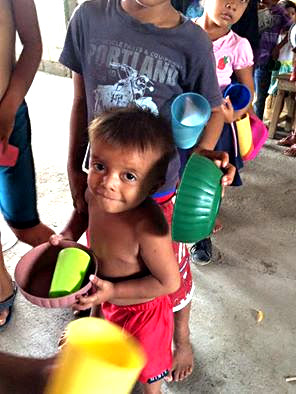 2 Timothy 4:10
Demas, because he loved this world, has deserted me.

That was Paul writing.  I don’t pretend to know Demas’ spiritual condition, but Paul seemed to imply that Demas abandoned his faith, his beliefs.

2 Thes. 2 talks about loving the lie, and turning your back on the truth.  That is what appears to have happened.

When teaching children, we try not to talk negatively.  We’ve all experienced telling a child to not do something, then watch as they disobey.  If you tell a child not to do something, you had better pick something that is impossible for them to do, unless you are trying reverse psychology.  For example, it is impossible to stop believing.  Everyone believes, all the time.  They love their beliefs, they defend their beliefs, they fight for their beliefs.  The question is, belief in what?  I have found that people that have stopped believing in God have replaced that need to believe in something else.  We are all designed to believe.

There’s another Demas in the Bible, the ‘Good ‘Thief.  Well actually no one is good, especially a criminal being executed.  The only thing good about him was that he believed in Jesus before he died.

Luke 23:42
New International Version
Then he said, “Jesus, remember me when you come into your kingdom.”

Although it is impossible to stop believing, it is very easy to stop being kind.  I think we stop being kind as soon as we stop thanking God for what we have.  Everything is given to us, even our ability to believe in God.

Jesus used infants and toddlers as an illustration.  Without judging someone’s spiritual condition for good or bad (No man can really know man’s heart actually) HERE IS A SAFE ILLUSTRATION of what your life looks like IF you DON’T STOP BELIEVING in God, and don’t stop thanking HIM for everything that you have.

The Gospel as illustrated by Poochie Jr.

Two days ago, I got a glimpse at the reason why.

Poochie Jr. (without even trying) is an example of Christ’s teachings.

A big kid took his food.  His reaction?  He just laughed, then gave him his juice as well.

Today they started to slap him, hard!!  His reaction?  He just smiled and hugged.

So why doesn’t he get bullied?  Bullies get no satisfaction out of torturing him!!  I am totally convicted!!  More so than by any in depth Bible teaching by some great theologian.

A two year old demonstrating the Gospel of Jesus Christ to me, in REAL TIME!!

I HAVE GOT TO GET WHAT POOCHIE JR HAS!!!
As it stands right now, woe be unto any man who dares to steal even a french fry from my McHappy meal.