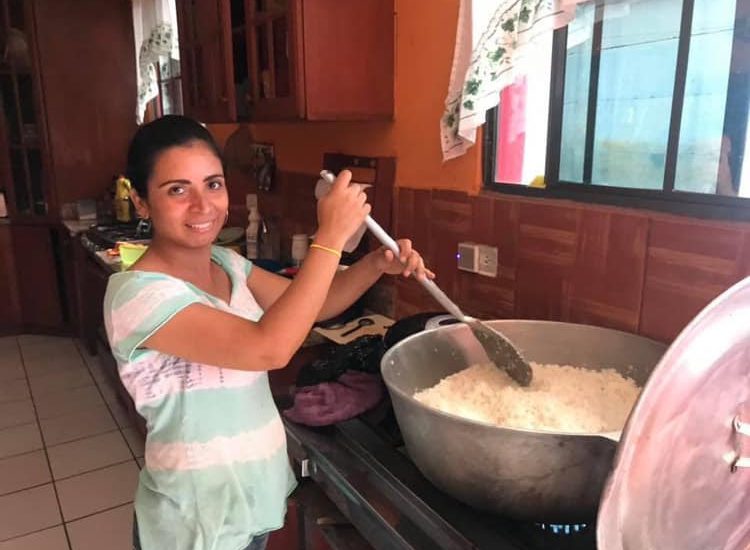 So I was told the other day that if I am not teaching the Bible in some Bible school somewhere I am not obeying Christ’s commandment of ‘GO AND MAKE DISCIPLES’. The ‘teacher’ went on to say, that we were called to make disciples, not go and feed hungry children. Although I know better, it would seem that he had never sufferred, was never was hungry, was never led to Christ by tender chords of love (Hosea 11:4), and worse of all, he didn’t keep on reading….

Matthew 28 19-20 Therefore go and make disciples …. 20 and teaching them to obey everything I have commanded you.

You TEACH (MAKE DISCIPLES) by doing. The people GOD has called us to minister to can’t read. We don’t have a building that we can teach in at the dump. Even if we did, the owners of the building would run our kids out because they are unruly. We do have a discipleship class and a daily Bible study class at the WinnerHome, but that is not the essence of PUREHEARTCHILDREN’SFUND. God, through His With Word, is clear. “Feed the kids.” If the kid is hungry, he won’t listen to what you teach him about Jesus, until you help him with his hunger.

The sixth ingredient for spiritual growth is to learn to GIVE. I’ve heard pastor’s like to brag about how cheap they are. I’ve seen missionaries proudly go to grocery stores and beg for rotten vegetables to presumably feed the hungry with. How much money they save seems to be a theme for donators to hear. They go on and on about how they beat a guy down on a used car, etc. It’s like they are poor kids of a poor father, making due with the the little they have. Our Father is rich. He loves us. He doesn’t want us to be stingy and miserly. *NOTE! Miserly and Misery seem like the same word*.

I think most Christians need a general overhaul on the idea of giving in order to avoid becoming unbalanced, giving off a bad testimony. Steve Warn was one of the first missionaries I worked with down here. That guy tipped everyone, generously. Didn’t speak much spanish, but everyone loved him, and he was the best witness for Christ I have ever seen. I asked him why he tipped like that. *I was still under the tottledge of a miserly pastor. I thought being stingy was a sign of holiness*. He said, ‘when I tip, I don’t have to worry about them taking advantage of me. Better yet, it’s a good witness.’ I instantly blushed and cringed, rememberring how many people I was a bad testimony to because I felt I was being overcharged. I guess I had a complex because I was a gringo. I saw the light right then and there. It’s God’s money anyway, He creates planets out of nothing, he owns all the cattle of a thousand hills, you think He is going to sweat because I paid 1 peso too much?

I pastorred for a denomination that didn’t believe in tithing, healing, spontaneous generosity etc. I taught against those things actually. I started tithing and being more generous myself recently because I have my own income, receiving social security and VA disability, and guess what? I haven’t had a financial worry since. One year now! I pray for the sick now, *actually believing that God WANTS to heal them* and guess what? I am seeing more results, and I personally haven’t even had a sniffle in 2 years…. I had Montezuma’s revenge once when I went to the states, (the water, haha) but for only a couple hours, same thing with small injuries *weight lifting*, aches and pains. I have had NO financial nor health problems since I starting embracing things that I used to preach against. I also used to preach against being taken advantage of. I actually thought it was being unGodly when I let myself get taken. I have been more relaxed about that when buying large ticket items. Truth is, because of that, I have had much better service, from everyone, and have made much more economical purchases in the long run. Being relaxed in the negotiating process has given us BETTER finances, I am positive of it. Best yet, a better witness, which is the only reason I am down here, to advance the Gospel of Jesus Christ.

That being said, there are two mistakes in giving.

1. Some people are giving ONLY because they feel it’s their duty or obligation. (I am starting to believe that it IS a duty or obligation, but a joyful duty, something we GET to do! I can’t find scripture for that specifically, except for the whole context of the Bible). But because that’s the only reason they give to God and His work, they miss the blessing that giving can be in their lives.  You should give to the Lord because you love Him, worship Him, and adore Him. In fact, giving IS an act of Worship and Adoration. You need to add faith to your giving also. Tell the Lord you are mixing faith with your giving, and remind Him of the scripture:

Luke 6:38 “Give, and it shall be given unto you; good measure, pressed down, and shaken together, and running over, shall men give into your bosom. For with the same measure that ye mete withal it shall be measured to you again”.

2. That leads us to the second part. You can go to the other extreme. You can give selfishly, just to get a return. If that’s the case, you won’t get one. Some people hear a person say how he gave away an automobile and God gave him another one. Then they give theirs away and say to themselves ‘Now God is going to give me a new car’. But He won’t. Their motive is all wrong. It’s selfish. And it’s based on another person’s experience, not on the Word of God. Here’s a classic example of how God blesses us when I give. Today, there were two incidents that I felt lead to give $100 dollars each for. I know it’s of God because I get really edgy until I obey. I actually start sweating, because I resist, then I know it’s God, and I know I would be sinning if I didn’t obey Him. So I gave out $200 dollars that I hadn’t budgeted for. A German guy, that I never met, contacted me within 5 minutes after I sent the last $100 and said that he felt the Lord showed him to wire me $200 dollars, but I had to go to a place that I didn’t know in order to pick it up. It was kind of sketchy, never heard about it before and I *in my flesh, worried I was getting set up to get mugged, I hate getting mugged!*. But I knew I had just given $200 dollars, so I went. It was a long walk. When I got home with the $200, my wife told me that I had to pay our accountant $200 dollars, *which I had completely forgotten about*. That is how God works. Never too much. Never too little. Never too late. Never too early. That is how my faith grows, when stuff like that happens. Once I gave our last 20 dollars away. Winnie ‘gets edgy’ when I do that, we didn’t even have gas in the car, we were completely broke. I said, let’s check the mail. We drove to the mailbox, on vapors, and there was an envelope with a 20 dollar bill in it. No joke! Praise God! Winnie AND my faith grew, AGAIN! We ran out of gas when we pulled up to the gas station’s gas pumps.

You’ve got to examine your motives for giving and keep your motives right. You can do the right thing with the wrong motive, and it won’t work. I expect God to keep His Word and bless me when I give with the right motive, and am led by Him. And He will, too, IF I fulfill my part of the obligation.

We need balance in this area of giving. If we’ll keep our motives pure and give according to the Word of God and His Holy Spirit’s leading, we’ll be blessed in our own lives as we grow spiritually.

-Proverbs 28:27 He that giveth unto the poor shall not lack:

-Proverbs 19:17 He that hath pity upon the poor lendeth unto the Lord; and that which he hath given will he pay him again.

..but the best one for ‘going and making disciples is this’

-Matthew 10:24 And whosoever shall give to drink unto one of these little ones a cup of cold water only in the name of a disciple, verily I say unto you, he shall in no wise lose his reward.

Helping the Nicaraguan people thru our Children’s Ministry. We’ve been working with kids in Nicaragua over the past 30 years.