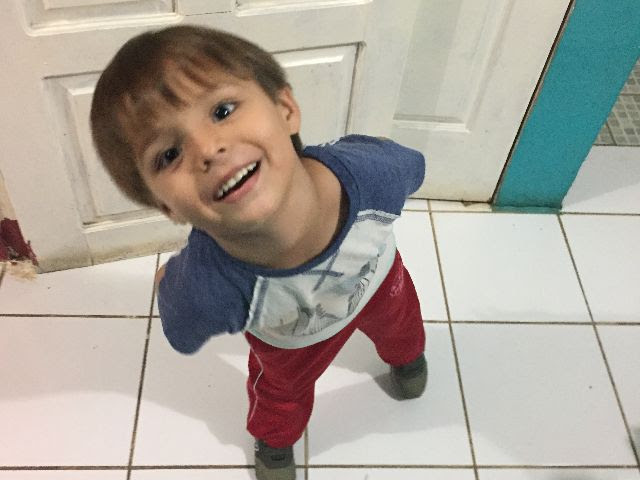 But I keep under my body, and bring it into subjection: lest that by any means, when I have preached to others, I myself should be a castaway.

This is a truth that  I have learned, both physically as well as spiritually.  On a scale of 1-10, how important do you think is physical strength and endurance in  qualifying for a special forces team or even just to survive a fierce prolonged fire fight?   It’s probably a 2.  Smarts is about a 6. The most  important thing is having ‘no quit in you’ .  That is a 10.  Any wimp can make himself to be strong, smart and get into superb shape.  It’s what’s upstairs that counts. Not quitting is a gift. You either have it in you or you don’t. In modern vernacular, it’s called HoldOn or Hanging In There!

There is a separating factor between the physical HoldOn and spiritual HoldOn. Physically, you are born with it, or at least form it at a very early age.  Spiritually, it’s something you develop through fellowship, teaching, prayer and the Word.

I think many churches around the world are really hurting their parishioner’s chances to HoldOn by attitudes and opinions,IE teaching that they are the only ones that are right, and everyone else is wrong. Instead of entrenching people to stick with their own congregation forever, it runs many off. Sound doctrine and dogma aside, trivial things often separate brothers, who really need what other camps are teaching.  While people in theory should hold-on themselves, through prayer and reading the Word, it’s often not the case.  That’s why God wants us to congregate, to encourage one another.  The congregationS and the pastorS ALL have a lot of impact whether a person stays with the faith or not. Sad, but true.

I am in the middle of some things in life that my ‘denomination’ is totally incapable of helping me with.  I love them and mostly agree with them, but there are some areas where I see lacking.  No man, nor man made institution, is perfect. Unthinking platitudes and unfeeling gestures don’t cut it.  I don’t need another website or book thrown at me to read.  I really don’t know if I would have been able to HoldOn where I was, but God does.  I should be able to, by prayer and the Word alone, but it’s questionable.  Right now I need more faith and to learn to pray more effectively with a more intimate relation with the Lord.  The Bible teaches that, and the Holy Spirit I am sure can and does help me with that, but I need it explained better.  I need a better understanding.

Fortunately, my ‘denomination’ isn’t convenient for me to congregate with here, so I am forced to sit under other teachings, with Christian friends that I would have labeled as heretics years ago when I was a pastor.  Heretic now days means ‘my pastor doesn’t understand them’.  My friends  and church are Bible and Christ centered of course, just not the same cookie cutter replicates that my denomination reproduces.  It’s a good thing, because I don’t know if I would have made it if I hadn’t been exposed to this teaching.  It’s nothing new, it’s just explained differently. God knows exactly what I needed, and when I needed it.  God and God alone is responsible for yet another miracle in my life.  God, His church (us all), His Spirit and His Word, not denominations nor buildings, is what makes it possible for us to hold-on, to not quit.  He knows what to do, and is completely trustworthy to do what needs to be done, IF WE CHOSE TO ABIDE IN HIM.

In the Christian walk, just as in being a top notch soldier, holding-on is really the ONLY THING that matters.  We don’t go through everything that we have gone through up until now, only to blow it at the end.  Another word for holding-on is abiding.  As a Christian, or anyone on this planet for this matter, the ONLY THING important is abiding in Christ.

John 15-4
Remain in Me, and I will remain in you. Just as no branch can bear fruit by itself unless it remains in the vine, neither can you bear fruit unless you remain in Me.
One of my earliest memories of church was a hymn ‘Standing on the Promises’ of God.  Some churches that sing that song would have a problem with someone saying they are ‘Standing on Faith’, or ‘Believing for something’. It’s the same thing, but  worded differently. Faith is not a bad word, neither is believing.  I think like anything else, greedy people have abused those words, but Satan’s goal is to create chaos and dissension, and uses weak christians to do that.

A thought to encourage you; in 1 Corinthians3:21 for all things are yours. It says that you already have all things in God.   The Israelites were given a land flowing with milk and honey. They could have marched right in and taken it, but they didn’t because they ‘heard’ there were giants in there.  The Bible says it wasn’t the giants that kept them out but their own unbelief. They felt safer murmuring, suffering and dying in the wilderness than taking what God had already given then. (that whole first generation never took possession of what God had already given them.)  They didn’t HoldOn to their faith in God.

We often get frustrated and quit too soon because of doubts, differences, or burdens that we pastors or denominations put on us. That is not Jesus’ faith. When we have Jesus’ faith we are completely convinced that what God says we have is ours.  Some people completely quit believing in Jesus just because of  the opinions of others.  That’s scary.  It is important that we never quit, nor run others off.  It is important that we help others to HoldOn and that we HoldOn ourselves.  Not only for our sakes, but for the sakes of the little ones who watch our every move.

Hold-On brothers and sisters! What you are waiting for spiritually and physically is just around the corner!

Hebrews 3:13  Exhort one another daily..

I like this song by Keith Moore, ‘Hold-On’.  Hope it blesses you.
https://www.youtube.com/watch?v=2fdzBlXMrUk&list=PLCMfhcxwSHG-4kngudAZ8dE_abU8rm8g1