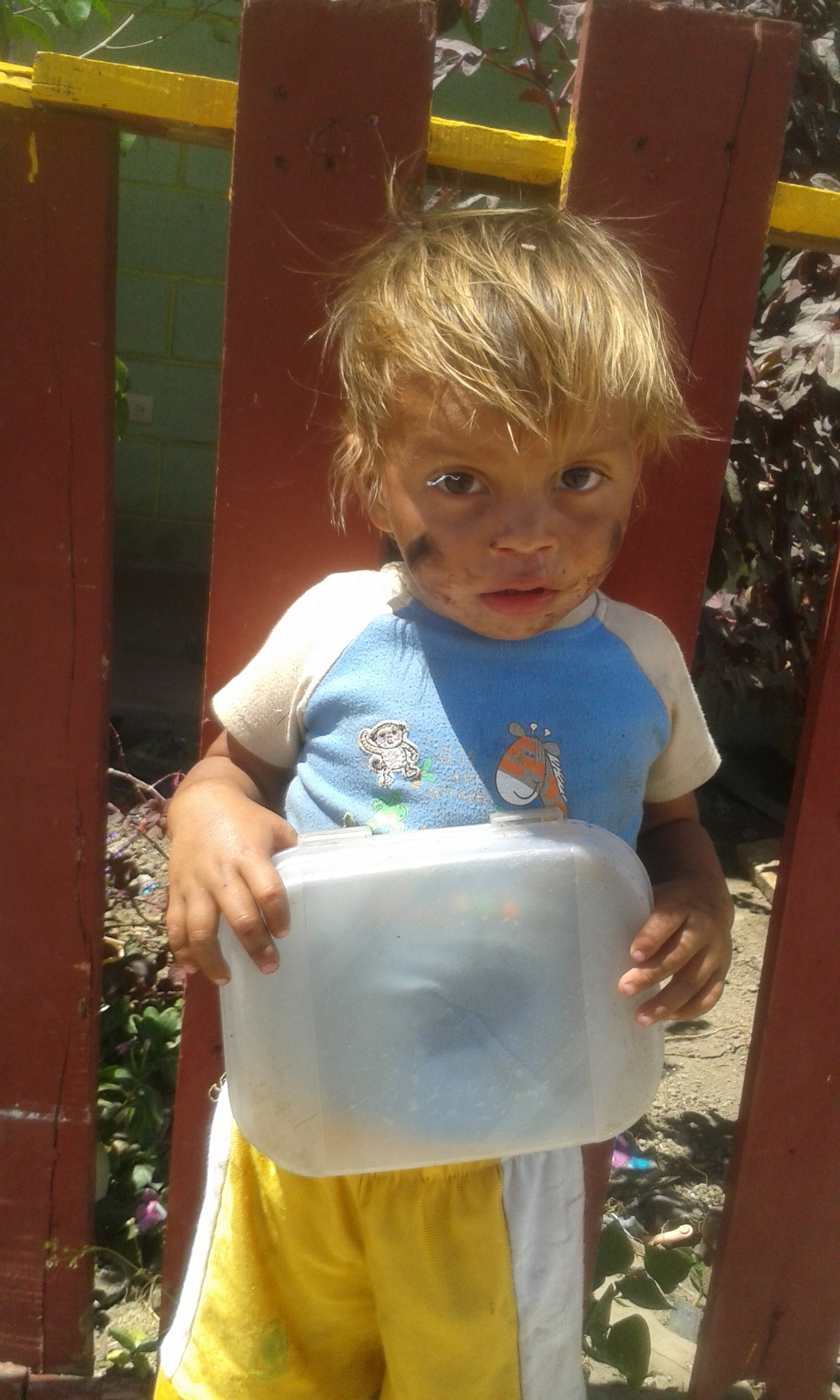 I used to have a great aunt.  Her name Aunt Ana (I thought her name was ´antena´ until just a few years ago.  Figured it was a slovak nickname for a crazy person or something.  All my aunts have this little slav accent thing going on, still to this date..Anyways,   She would to tell me in whispered reverence with the wild eyes of a fanatic about missionaries in other countries.  She´d make up these tall stories that would absolutely freak me out.  All her stories had the air of righteous indignation and fury, all ending with the evils of drinking beer for some strange reason.  She was a miser, ate old stuff to save money to send to the missionaries she said.   She always smelled like curdled milk.  Being an old slovak studdah bubbah she constantly wore babushkas.   Between the babushkas, the stubble of grey spikes growing out of her chin, and her long pony tails, she looked disturbingly like Willie Nelson on crystal meth as she would embelished on these horror stories to me, a five year old.
I am not a missionary. Just that word makes the hairs on my back stand up. I am just a businessman living in Nicaragua. I am also a follower of Jesus Christ. Because I believe in Him and on Him, I do what true believers do all over the world. BE-LIVING our faith..  In fact the word missionary isn’t even in the Bible.… nor is missions.  Believers acting like believers, sharing the good news of Jesus as they live and work, trying to follow the Lord’s example of Love in a fallen world is what brings true conversions and repentance world wide. Everything else is just noise.
Thanks be to God that I can feed and take care of my wife and kids through leads I provide for www.medxmedical.com and www.medxclaims.com
Donations from friends and family go to the feeding of the poor, keeping our PreK (for under privileged children) going and construction of the Jim Winner Home.
As I was saying, being a real believer in the Lord,  sincerely loving people, sharing with them the Gospel is how the whole world hears.  The world hears through their eyes, not ears.  Nor by Reading, but by seeing US sweating it out, day by day, year by year with no relief in sight.  The other day I was really really down, just literally going through the motions.  People questioning my motives,sin, bad attitude, legal and governmental problems, unforgiveness, bad memories, depression, resentment, anger, backbiting, etc etc the usual same old same old. You could say, I wasn´t exactly walking with a bounce in my step singing zipity doo dah, and I have Never Ever seen a blue bird on my shoulder, especially that day.   I am sure I had my mean face on, (come to think of it,, I always have a mean face on., even when I´m ´happy´ )  Bottom line, I was forgetting my reason, for existence. I was forgetting the real mission I was on. To be light in the darkness wherever that may be.  To be an example to my wife and kids, and to others.  To show off for the invisible clouds of witnesses that surround us.  God loves us in spite of all these things, not because we don´t have them.
Deep in thought, bone tired, feet aching from walking so far, and I was suddenly approached by a bum.  ( nothing new).  I really wasn’t in the mood, i was really hot, really bummed, and all I had on me was a 100 cordoba bill.  About 5 dollars.  No loose change.  Not doing good financially.  So, unfortunately I tried to just blow the guy off,,,, which I try to never do.  Just then the Lord reminded me of the verse of not ‘plugging your ears to not hear the pleas of the poor’.  The bum was saying he needed to buy food for his sick mother.  ´yeah, i Heard that one a million times´….  i said to myself.     I was convicted immediately  of my skepticism, repented  and gave him the five dollars (100 cord bill).  I heard a shrill little thank you, and saw his shriveled up old mother sitting on the curb under the 100 degree sun.  She was so little I didn’t  even see her behind her son’s leg.  Literally, she looked like she was 90, in her last few days of life, eaten away by cancer or something.   A fruit salesman yelled from across the street ,  BROTHER, I SAW THAT!!!!  ,,,,,   AND SO DID GOD!
God promises that He will exchange our sadness for joy unspeakable.  I thoroughly enjoyed the rest of the day!  That little old lady was the true ‘missionary hero’ of the day, as was the fruit salesman and the son that approached me in the first place ( in spite of my mean face).  They brought the GOOD NEWS to me, not the other way around.  BELIEVE ME!  I really needed it.  I am happy even as I remember them now.
we are all living epistles
Oh!  BTW,, just got a nice donation today that should get us through the next couple of weeks! Zippity Doo Dah!
Dean Peters
55010927 claro
85074231 claro
82639523 moviestar
240 345 9268 US #
Deanpeters123 skype
No comments yet