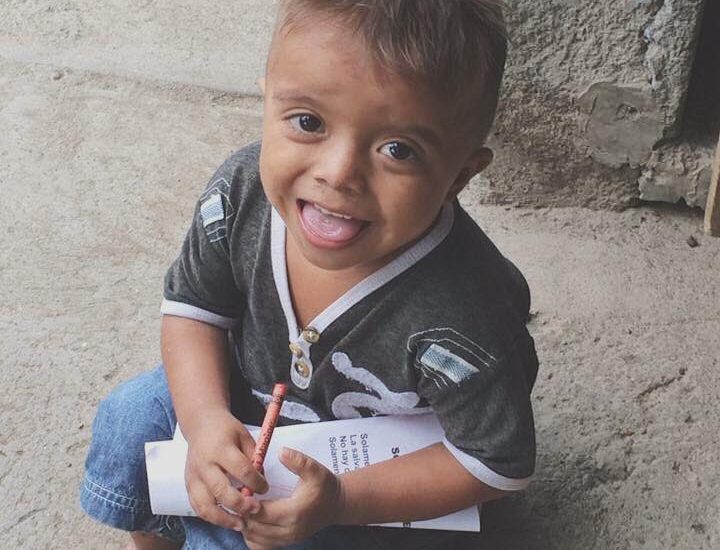 ◄ Psalm 55:22 ►
New International Version
Cast your cares on the LORD and he will sustain you; he will never let the righteous be shaken.

The Indians that I worked with in Colombia hunted monkeys using only rice and coconuts.  They took a coconut, and filled it with rice through a little hole.  The hole was just big enough for a monkey to stick his little hand through. When he grabbed the handful of rice in his little monkey fist, he could not get his hand back out, while he held onto the rice.  He had one of two choices, either let go of the rice and run to freedom, or not.  In every instance they chose the latter, which was a fatal mistake.

When I was a teenager, there was a ‘LetGo and let God’ bumper sticker that was very popular among the people in the Jesus movement.  I once saw a person who was parking his car, who had it prominently displayed. I asked him what it meant.  I didn’t get a very clear explanation.

I have since heard that phrase ‘LettingGo’ a lot in my years as a Christian.  Never could I find a person that explained it very well, in my opinion.  It was an expression that I filed in the ‘get to it later’ category. LettingGo to me was a way of saying ‘que sera sera’.

Just recently, after having taken my fair share of beatings for my own foolish stubbornness, I am starting to appreciate that phrase, ‘LetGo, Let God!’  As a matter of fact, I am now using it myself and embracing it!

LettingGo sounds easy, right?  Cast your cares on the Lord and He will sustain you, he will never let the righteous be shaken.  A nice and easy formula.

My one question is, Exactly what are we supposed to be LettingGo of?

I think the better question should be, ‘are we LettingGo of something in order to release it to God?’   We can’t hold on to two things.  If we let go of our will, we can grab on to God’s.  Are we resisting God, or flowing with Him?

Letting go and letting God means active, intentional participation.  NOT just letting nature take it’s course.  It means making a decision.  Making a choice of letting go and having freedom, or not.  The later is often the wrong decision.

◄ Romans 12:2 ►
New International Version
Do not conform to the pattern of this world, but be transformed by the renewing of your mind. Then you will be able to test and approve what God’s will is–his good, pleasing and perfect will.

Instead of reasoning, actively look for and accept God’s will.  Being obedient to Him and trying not to sin is one thing, but there are other ways of accepting God’s will.  For example, wayward children: You should never stop loving and praying for them.  LettingGo of them is another case.  You sometimes have to let them sink or swim on their own.  Psalms 107 says it’s good for a loved one sometimes to hit rock bottom.  Although you don’t stop loving and praying for them, you release them into God’s merciful hands because you trust Him.  You let go of them so they can fall.  After they fall, they can do nothing else but cry out to God, which is a good thing.

You will find that God never contradicts Himself.  You will never have to sin to stay in His will.  For example, if you’re holding onto a job, friendship, or property too hard, and you find you are doing things that aren’t right in order to keep it, you are not seeking and accepting God’s will.  If you are LettingGod take control, you may lose it anyway, but you can rest knowing that it’s God’s will.  You may end up with no friends, living in a car, or flipping burgers, but that’s ok.  Those are honorable jobs.  God can give you a blessed life right there.  He’ll give you good friends, and a nice place to live.  Nothing is the end of the world, except the end of the world.  You’ll be ok.  You will be happy.  Just let go, make the right decisions and you’ll see.

A very old, very humble Christian man once told me that his prayer every night is, ‘Father, into your hands I commit my spirit’.  Although I thought that was nice and sweet, I never understood the wisdom and maturity of that statement until I understood LettingGo.  Today I saw he was quoting Jesus, as I re-read this old man’s words in the Bible.  I NEVER put the two together until today.

◄ Luke 23:46 ►
New International Version
If we put our lives into God’s hands every day, we will never have problems LettingGo.

YOU CAN NEVER MAKE PROGRESS WITH YOUR SPIRITUAL LIFE IF YOU DON’T LET GO.