“SHORTCUTS WILL NEVER TAKE YOU TO A DESTINATION WORTHWHILE”……. Zig Ziglar

My 12 year old son says that my walks are like my politics, ABSURD! I am crazy about Dean Jr but he hates walking without a specific agenda. 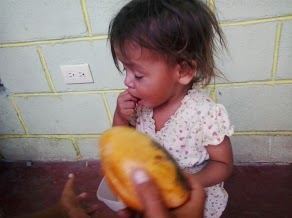 When I go for my daily walks, I hate agendas. I love to walk aimlessly, pray, explore and even get lost. Also I love stopping along the way to joke around, help old people push heavy carts, tease kids and animals etc.

As a result my walking MO, and getting lost in the process, I find lots of short cuts. And VisaVersa. A lot of times it’s the short cuts themselves get me lost or in a bad situation. In Spanish we say ‘ATAJOS SACAN SANGRE’… osea ‘SHORTCUTS draw blood’. Sometimes I get chased by a cow, bit by a dog, mugged. or charged by a pig (FYI, don´t slap pig´s butts, they have issues). Once when I was lost at night, I saw a flickering campfire in the distance. I should have followed the winding path that I could just barely see, but it was late and I was tired so I just made a beeline for the light through the high weeds. All of a sudden, plop! Fell into a latrine. Sometimes SHORTCUTS are advantageous, but most time they are just adventurous and fun. With the exception of the dog bite, and of course, the severe fungus infection and psychological trauma I got for the latrine plunge.

Our feeding centers, projects and PreK are all about long term relationships. SHORTCUTS NEVER WORK for building relationships or forming young lives. A pastor once said “people don’t care how much you know until they know how much you care.” He didn’t put it much into practice very well, but it was a good saying never the less. That´s the reason I see the word ´EVANGELIST´ kind of as a cop out. Sure there are some great evangelists out there, but not nearly as many evangelists are needed now a days, as the people who are willing to stay behind and take the time necessary to help them to grow. Many people give themselves the title evangelists because they want a career where they speak for 10 minutes and make transformed lives. It happens on occasion but not often. People like the evangelist term because it relieves them of the duty to invest themselves into others They say the prayer, jump in the car and everything´s “easey peasey” from there on out. It´s kind of irresponsible IMHO. Like I said, There are true ones out there, just not as many as some would like to think.

The key to not taking short cuts is to believe in God and to trust in Him.

Construction of the Jim Winner home is even LESS SHORTCUT TOLERANT. SHORTCUTS not only are dangerous for the crew, and expensive, but on an earthquake fault line, they can be fatal.
Construction project acronym TLCM ¨Takes longer Costs more¨

We are soooo close yet so very far away even to begin to think of the inspection by the Ministery of Education. God’s things happen in God’s time.

Speaking of time. We have a way to get packages for the kids now. Mya and Jasson Reyes, Andrea Huff, Julie Burtch, Dawn Piardi (River of Life) sent boxes. They take about 2 weeks to get here, but we have received everything that I know of so far here´s a video of us distributing Mya and Jasson´s stuff. video of me, winnie joy and dean junior handing out gifts from the back of a taxi We are having terrible transportation issues. It´s extremely difficult and sometimes dangerous to do serious distributions without a car. in this case we used a taxi. If any one wants to donate a car that´s 10 years old or newer, you can write off full blue book retail value. let me know. I can drive it down. I have made that trip 12 times, i know all the SHORTCUTS between the Nicaragua and the states.

Just send care boxes for the kids we serve to :