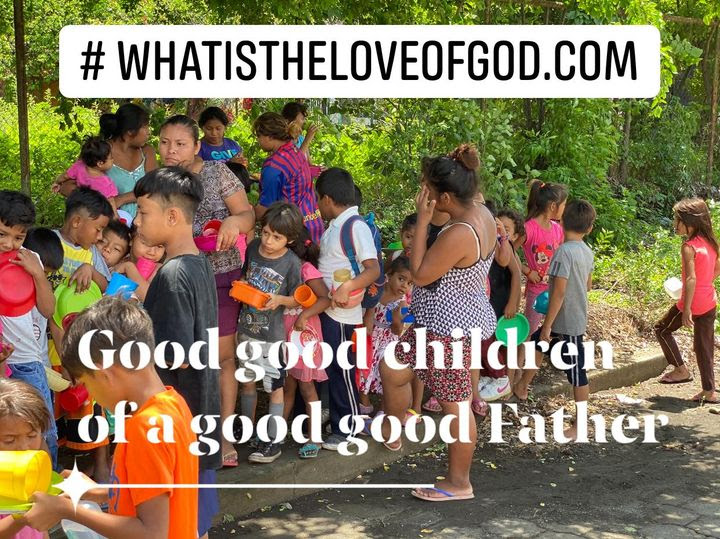 MATTHEW 5:48 BE YE THEREFORE PERFECT EVEN AS YOUR FATHER WHICH IS IN HEAVEN IS PERFECT.:

THIS ISN’T AN OPTIONAL STATEMENT. Jesus said ‘be perfect’, it’s a commandment.  I always said as an excuse, *until now*, THAT NO ONE’S PERFECT.  But Jesus commands us to be perfect. That means it’s possible.  Jesus also tell us to be Holy, and to Pray without ceasing, again as an order, not a request. Jesus  will never tell us to do something that is impossible to do.  Ok be perfect but how?? Do I know anyone that’s perfect? NO!  Modern English infers ‘pefect’ to mean flawless. I don’t know anyone flawless.  I don’t know anyone even CLOSE.  So the onus is on me to figure out how to be perfect. Verses like this really botherred me, until I learned to see what Jesus really was saying.  Researching the word ‘perfect’ the way Jesus meant actually shows that to be perfect is to come to completion.  To be grown up.  It’s interesting.  Jesus, at 12 years of age, stayed behind in the temple, asking questions of the religious rulers.  He left them scratching their heads.  Jesus went there every year for 11 years, without doing that.  Up to the previous year, when He was 11, He was busy playing with other kids, being a child. When He was 12, He was grown up.  Every year He went with His family to the temple, but when He was grown up, He was interested in God.  His focus was in God. He was mature.  He probably still played with His friends, but He was loosing interest.  He had more desire to be about His Father’s business.  Perfect in Jesus’ way of talking, grown up.  Jesus grew up spiritually in 12 years. Have you grown up spiritually after 12 years of being saved? Moses, same thing.  For 40 years he was the leading jet setter of Egypt.  Rich, successful, partyer. They say he was even an army general. Powerful, popular, he had everything.  When Moses turned 40, he grew up. No longer a millionaire playboy. He became a man, and he forsook all and followed God. Have you grown up after being saved for 40 years, or do you still go to church every Sunday just to be entertained?  Don’t feel bad, I am speaking to myself as well.  I KNOW MANY CHRISTIANS THAT GOT SAVED 12 OR 40 YEARS AGO THAT HAVEN’T GROWN UP YET.  THEY’RE STILL CHILDREN, SPIRITUALLY.  Some people THINK that they prefer to stay children. They’re saved, they are going to heaven, but they haven’t grown up. What’s wrong with that? Besides loosing a lot of blessings on earth and in rewards in heaven, they don’t get to do stuff.  Kids are kept in the dark, they don’t know what’s going on. They aren’t informed about important things. They miss out on so much!

The biggest give away to see if you are a spritual child is how you talk.  How you think.  If ‘me’ and ‘I’ are your most used words, you’re probably still a child.  If you get mad and spout off over nothing and want to dominate every conversation, you’re still a child, talking like a child. If you say you don’t need to grow up, you probably need to grow up. How do we grow up and leave childish things behind? Again, like most of our Christian walk of faith, it starts with how we speak.  Ephesians 4:15But speaking the truth in love, may grow up. As a mature Christian, younger Christians will come to you looking for help.  You’ll have to have tough conversations, ones that you would prefer to avoid. That will help you grow. Speaking the truth IN LOVE when it isn’t convenient will put hair on your chest.  Just speaking, acting and worshiping like a mature PERFECT Christian will train you to become a mature, grown up, PERFECT Christian.  You will be putting away childish things without even thinking about it, and become grown up, PERFECT!

Getting saved doesn’t mean you grow up, you have to learn, and apply what you learn. You have to be a DOER of the Word, not just a hearer JAMES 1:22 You grow by spending time in God’s Word, in intimate fellowship with Him, then getting up, going outside the building and doing! In ways like helping, giving, loving, and putting yourself out there.  Want to grow?  Volunteer to take out the garbage and to clean the church bathrooms.  Not just take the pastor out for lunch and ask him stupid things, like what does God tell him about you, and when can you start preaching.

Ephesians 4:11-12 And he gave some, apostles; and some, prophets; and some, evangelists; and some, pastors and teachers; For the perfecting (growing up)of the saints, for the work of the ministry, for the edifying of the body of Christ:

Do you know that when you get saved, there’s a lot more to it than just going to church on Sundays and not swearing.  You are a born again saint, but designed to grow up. The church *not the building, but other Christians* will help you to grow up.  That’s the reason we are here.  To help and encourage one another to leave the childish things. Do you know that pastors and elders in the church are there to help you to do that?  That is only if you let them.  I was always amazed how someone could go to church for 20 years without missing a service and not change.  Here’s the reason. They weren’t trained how to grow up.  Training is different than teaching.  A pastor or church leader needs to train, not just teach.  A lot of times that has to do with doing more than just sitting there in a pew.

In the Bible, God uses the word YOUNG or YOUTH to mean that someone looks like a grown up, but isn’t yet.  Some countries have youth that age faster (grow up) than others. I’ve soldiered with 12 and 13 year olds.  Know women that started having babie at 13 or 14 years old. In general though, a teen ager hasn’t quite grown up yet. Mark Twain said that when he was 17 he thought his dad was stupid.  When he turned 21 he was amazed at how much his dad had learned in 4 short years.  Most youth (NOT ALL) lack lots of things. They are moved by what’s popular.  They have no patience, nor control over their own flesh. Impulsive.  Get board easily. No focus. No priorities. No stick-to-it-iveness.  The Bible talks about Paul preaching too long and a ‘young man’ fell to sleep and fell 3 stories to his death. He fell to sleep cause he was bored. No self control. God things often not serious enough to them. The best example is the rich young man who talked to Jesus;He seemed like he had grown up.  Doing pretty good as a young man, but not good enough. Matthew 19:20The young man saith unto him, All these things have I kept from my youth up: what lack I yet? 21Jesus said unto him, If thou wilt be perfect (grow up), go and sell that thou hast, and give to the poor, and thou shalt have treasure in heaven: and come and follow me. 22But when the young man heard that saying, he went away sorrowful: for he had great possessions.  Most youth have the attention span of a gnat.   The kid that doesn’t fall into this category has grown up early, and has a huge head start.  Believe it or not, other kids will respect him or her, even if they don’t admit it.

I am preaching to myself as well, trying to grow up, to be a PERFECTED Christian.  Giving is a big part of being a mature Christian. I wanted to give you, my readers, some things. Doers of the word are givers, because a doer is a mature Christian.  I couldn’t figure out what to give you.  Then God showed me that I already am giving to youwhat I learn, on a weekly basis, and giving you the opportunity to help.  I am struggling with writing two books.  here are the links, if anyone wants to help me,, One is about if Jesus was born today, would we recognize Him?https://docs.google.com/document/d/1-48pMQBanvWVz2JYff6vrGgUK9S6c3g_qZi0rILvTlk/edit?usp=sharing . The other is a book about stuff I learned working with people who dig through garbage everyday to feed their families..https://docs.google.com/document/d/124pWYATsWP-YdQ5SWF9HLY8FN1Z0a_lyq_WhXMt8djc/edit?usp=sharing I would LOVE for someone to help me.  Nothing’s come out yet on that end (I could use help). It’s a lot harder than I thought.   Winnie and I  are giving all of our personal income, and donations to the children of PureHeart, and other ministries world wide.  We being faithful to the Lord and His work, as He guides us.  Also, controling my talk, speaking the truth in love.  I am biting my tongue more and speaking less.  When I do speak, it’s with more maturity, mercy, grace, integrity and love. Controling my thoughts, and emotions is also a big part. Loving the unloveable.  Going the extra mile.  Being a more caring and better husband, father, father figure to PureHeartKids and a Christian brother to other Christians.  These are ways that God is showing me to grow up. To train myself, and to mature.  We all  can. I encourage you to do so.  It will help your walk, your family, and yes, even America.

A parting thought.  AMERICA WILL CHANGE OVER NIGHT, for the better,  IF EVERY  CHRISTIAN STARTED TO ACT THE WAY MATURE CHRISTIANS SHOULD ACT INSTEAD OF BEING JUST BEING BENCH WARMERS LOOKING TO BE ENTERTAINED. LOTS MORE PEOPLE WOULD QUICKLY GET SAVED, AND THEY WOULD STOP RIOTING AND INSTEAD OF SHOUTING DIRTY WORDS THEY WILL JUST  VOTE QUIERTLY AND BIBLICALLY. REBELLION IS THE SAME AS WITHCRAFT, AND STRIFE OF ANY KIND IS SATANIC. A GOOD START IF YOU WANT TO DO THIS IS INSTEAD OF GETTING UPSET ON SOCIAL MEDIA, JUST PUT ON YOUR WALL YOUR PERSONAL TESTIMONY, OF HOW YOU GOT SAVED.