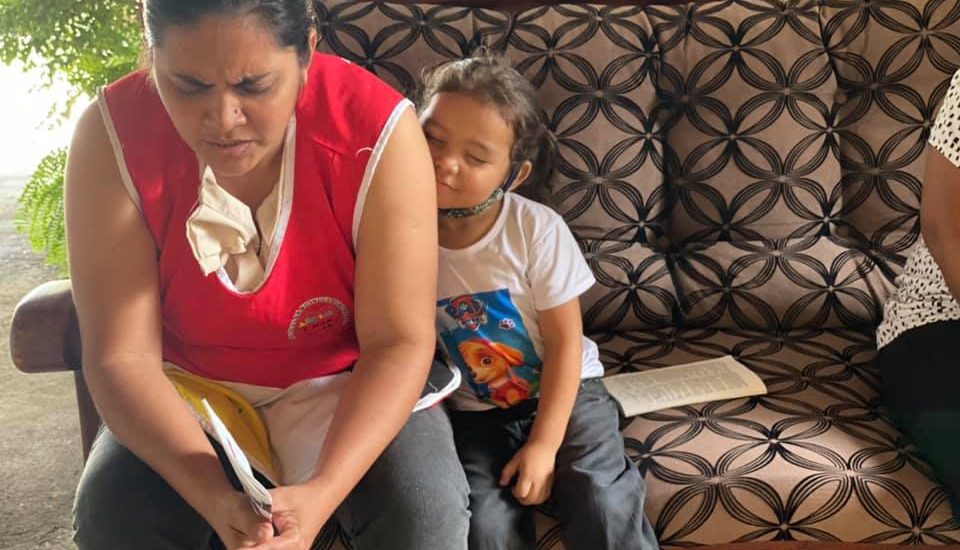 Have you ever been invited to a house and sensed that you weren’t welcome?  It’s not a nice situation to be in.  Sometimes it’s because the host *or his wife* doesn’t think you are worth their hospitality. Maybe they changed their minds. Maybe they just invited you never dreaming that you’d actually show up. Or it could be spiritual.  If you are there in the name of the Lord, and they don’t value the things of God, (which is the idea here) the HOUSE isn’t worth it for you to stay there.  Actually, it would be a nightmare if you stayed.  Best just move on.  I have been in humble houses where I felt welcome, and the peace of the Lord was all over the home, and on me.  WELL WORTH IT!  I have also been in nice houses where I didn’t feel welcome. There was no peace of the Lord, so definitely NOT WORTH IT!   If the husband and wife aren’t welcoming,or they scoff at the things of God, I feel weird and I don’t stay.  Much better off to go to a hotel, or under a tree than to stay there.I have learned my lesson.

God is like that with us.  Many people invite His Holy Spirit into their hearts, but He isn’t really received when He comes in.  He is trivialized.  Many people talk about God, and want God to work in their lives, but they truthfully don’t give Him worth. He’s not worth it to them. Not worth the time. Not worth Bible study and prayer. Not worth the effort.  God is real.  We need to treat Him with reverence.  It always kind of shakes me up when I say, God bless you, or offer to pray for someone and they scoff at me and say something like, ‘He already has’.  It’s like, to me anyway, that they don’t want any more blessing. I’ll take all the blessings and anything else God has to offer that I can get. I hunger and thirst for Him.

Worthy is an old word that we don’t use any more. It’s a holy word that we use among friends, and in prayer.  But in modern english, drop the y’, and add an ‘IT’, Worthy means WORTH IT.   God IS WORTH IT! He will bless those who seek Him, who make His things worth it. He will not bless those who trivilize Him or His things. Many say God is worthy, with their lips, and minds, because that’s what is said in the Bible.

Revelation 5:12 Saying with a loud voice, Worthy is the Lamb that was slain to receive power, and riches, and wisdom, and strength, and honour, and glory, and blessing.

So good, we agree that God is worthy, but is He worth it to you?  Things will change when you ask Him into your heart.  You’ll loose friends,and problems can come up as a result of you following Christ. Is it worth it? is HE worth it?  Hectic busy days, no time to pray or read the Bible, is HE worth it?  Even your religious friends, do they make fun of God, and your reverence for Him and His things?  Mocking, sarcasm, disrespect, irreverance and strife are all satanic, and have nothing to do with God.

You know God is worthy in your life if you highly esteem His stuff. If you take Him and His things seriously, and treat them with reverence, it shows that  He’s worth it to you, His stuff is worth it to take care of! Just respecting things of God, will help you in your spritual as well as personal life.  It is called in Romans 8, life of Peace.. who doesn’t want that? If you don’t esteem God’s stuff, do you esteem God.

I have a few friends here in Nicaragua that I am totally confident in. If I had a serious accident, or was put in jail for an extended perod of time, I KNOW when that when I got out, my stuff would still be there, would have been been taken care of.  I know they would take care of my stuff, because I know they love me. How much more should we love God and take care of His stuff?  What’s God’s stuff?  For me it’s His Word, His presence.  His glory and leading. God’s stuff is the WinnerHome, the ministries all the children involved, the PureHeart staff of 10 and their extended families,  PureHeart equipment and vehicles, our own children, even Winnie my wife.  Our mobile telphones, and trivial stuff like that too.  It’s all God’s stuff. They are all God’s stuff,I am to take good care of them, pray for them, and esteem them.  Even God’s money is God’s stuff.  I don’t think it should be stashed away in a bank. I think it should be taken care of by taking care of others. $100 in the bank? Not worth it.  $100 dollars to feed three hundred hungry children? WORTH IT!

Is it easy taking care of God’s stuff? NO!  Not easy, but WORTH IT, because God is worth it.  The more I take care of God, and His stuff, the more He takes care of me and my stuff.

Remember Essau? The guy who sold his birthright for one morsel of bread? *Essau’s birthright was from the Lord, God’s stuff* but he didn’t value God, nor His stuff.  He tried to repent later about it, but he couldn’t because he didn’t respect God, and God didn’t let him repent.  Essau earlier didn’t think God was worth it. Essau was hungry, and his hunger was more worth it than the birthright that God had given to him.  He lost his birthright.

Change today. Thank God for Him in your life. Appreciate Him and HONOR Him. If you don’t honor and worship God, you are despising Him. Give God and His stuff worth. Thank God for the things that He has entrusted to you.  The beauty of the Gospel is that ever day you breath, you have a chance to live right for God, to appreciate HIm, to change, because He and He alone is Worthy.

1 SAMUEL 2:30 …for them that honor ME I will honor, and they that despise me shall be lightly esteemed.

(*NOTE* I was going to write about something completely different this week, but I feel that God wanted me to write this missive to someone in specific, no idea who or why, just trying to esteem God’s stuff, and His wishes.  Those who are guided by the Spirit of God are son’s of God)